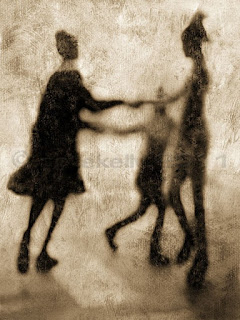 Feeling dizzy and my thoughts still lingering to the beautiful yet naughty giggling sound that I heard few hours back.


The sound is so crisp and clear in my stupid little head as if I was there with them, laughing full heartedly, rejoicing the moment, the moment which I am unaware of.


Misty and smoggy was the sight, but I could easily figure out their movements, as they were gracefully twisting and turning their beautifully carved bodies.


Sublime and heavenly were their moves, dancing to the tunes which  neither I have heard before, nor was I able to understand but it was soothing and melodious, no doubt.


All of a sudden while I was lost and my thoughts unconsciously dancing with their feet in rhythm, the spell broke, sight got marred and the dancing angels vanished, leaving me there alone, mesmerized and startled to the magic I witnessed.


This five sentence fiction has been shared on Five Sentence Fiction – Vision
Posted by Sadia Khan at 05:50 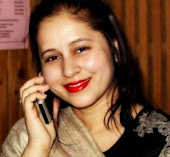